Kenny Belaey; Just had surgery on my scaphoid again

Kenny is still suffering from an injury in his left wrist due to a nasty fall during the World Cup in Aalter. You will surely remember the Superfinal in Aalter where is finished 2nd in great pain. Kenny went to the hospital after the Word Cup where he had surgery on his scaphoid. After a… Read More »

Simon Masi in an abandoned factory: the video 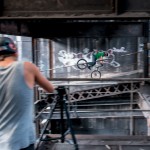 Simon Masi, a member of the Fresstyl’air team, created a video that was shot in an old factory. A magnificent scenery and excellent video editting of a fluid and efficient ride. Esthetics meeting Trial delivers a superb video. The video was made in September 2012 in an abandoned factory. It was with the help of… Read More »

The great German Trials champion , Mr Marco Hösel presents us his new video. As in his previous 2 videos, he likes to mix disciplines. When Trial meets MTB, Cross country and Downhill it’s Marco Hösel whom has fun on his bike.  In order to fully understand this pilote’s tallent you just have to remember… Read More » 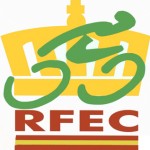 Sorry, this entry is only available in Español. 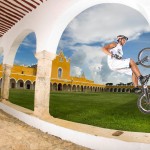 After winning his 9th Biketrial World Title in Italy, Comas went to South America to show his talent. He got the attention of the mexican media companies like Fox Sports, Televisa and TV Azteca.   Barcelona, 23 November 2012. Dani Comas celebrates his new BIU title with a trip to Mexico and his Monty bike… Read More »

The website Book-Rider give all extreme sports athletes the possibility to register and create an on-line book. The Goal is to give you the opportunity to get in touch with professionals of communications, fashion, media, … Advise to my friends riders do you know the site www.book-rider.com ? BOOK-RIDER.COM is the first Extreme Sports directory giving… Read More »

The 2012 video of Theau Courtes

Theau Courtes is one of the best 20″ pilots for the moment. While the year is ending and the cold weather arriving, he proposes us to follow him during his training, shows and competitions under the sunshine around Martigues. We let you enjoy the beautiful images of the Ozonys pilot.

King Five gives you the possibility to win a pair of Super Race gloves with their photo competition. You have till November 30th to send your picture to contact@kingfive.com. Your picture must show off the King Five Brand Do you have an ideo for a photo ….  unleash your imagination. all photos will be posted… Read More »

Trial Inside is Back 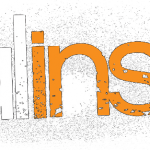 Trial Inside is Back Thanks to All