News
You are here: Home / street

Street trial – I Will Not Be Broken – Yohan Triboulat Yohan Triboulat with the Ozonys Iron, new video by Traym Production. Looks the life of the champion “Street trial – I Will Not Be Broken – Yohan Triboulat”

Fabio Wibmer – Paris Is My Playground 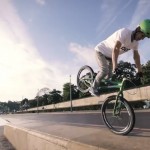 Paris Is My Playground’ is the latest project from the guys at aepic.tv. Director Arne Totz and producer Tobias Bucher used the last days of summer 2013 to take a trip to Paris with trial biker Fabio Wibmer, camera operator Adrian Kuchenreuther and photographer David Robinson. Fabio Wibmer, the 18 year old team-mate of Danny… Read More » To celebrate the Inspired Arcade bikes becoming available, here is almost 5 minutes of Ali C riding his prototype Arcade earlier this year! Filmed in Glasgow over a couple of weeks in August 2013, this video shows a little bit of what both Ali and the Arcade are capable of. For more info on the… Read More »

Just three months after suffering a severe spinal injury, Martyn Ashton, international mountain bike trials legend and ex-World Champion, announces that he has today released his spectacular sequel to Road Bike Party. Following the huge success of the first film, Martyn has been secretly working on the sequel, however his accident during a bicycle trials demo on… Read More » 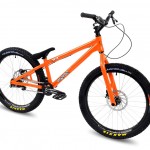 Inspired Bicycles have just announced the release of yet another new bike, the Skye Pro 24″ street trials bike. Based around the groundbreaking Skye frame and fork developed by Inspired for Danny MacAskill and kitted out with their Pro spec level components, the Skye Pro retails at £1799 and is perfect for the dedicated street… Read More »