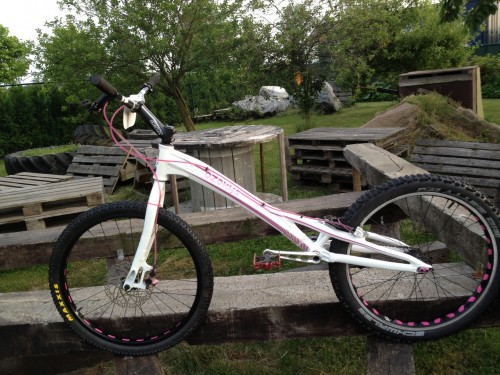 Here is a reaction from Charlotte: “I received the bike just in time for the World Cup in Walbrzych, thanks to my sponsor Enter-Bike.com, but we did not had the time to have it painted. As I currently have my final exams, we used this time to get the bike painted and I am very happy with the result. It is almost to beautifull to ride 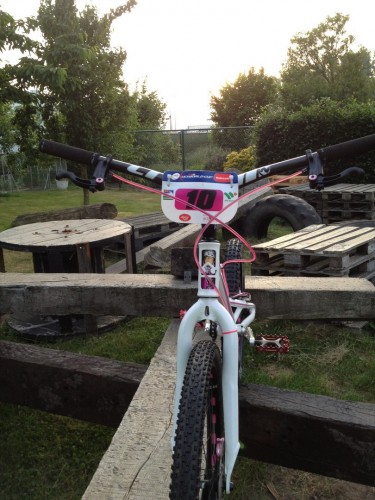 The brakes installed are from the German company Brake Force One. They use a new brake lever with an incorporated hydrolic booster. The front brake is the Kill Hill version that was tuned by Tune, the rear is custom built by Brake Force One with their lever and Magura cylinders. The brake are very powerfull but do not require much effort. Brake Force One also provided custom made pink brake fluid in transparant hoses to match the color setting of the bike. 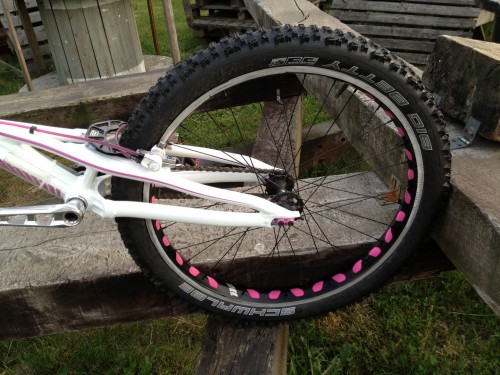 Here are the full specs of the bike:

Tagged with: I Love Trial Bike For Girls Ozonys

Previous: (Français) (Español) Mustieles, a revalidar el titulo europeo en Berna
Next: Pictures of the construction of the Section in Bern

I Love Trial Bike For Girls looks back at 2013