Meribel the best event of the UCI Trials World Cup 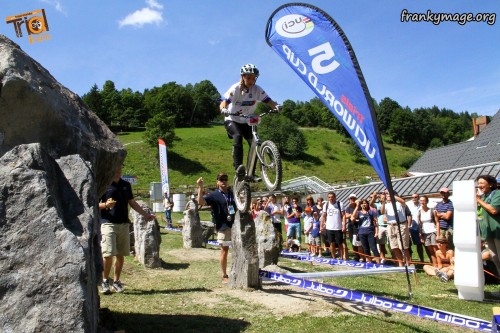 After years of domination from Switzerland’s Karin Moor, who retired in 2011 after winning her ninth world title, it appeared the way was clear for Gemma  Abant (World Champion in 2008, 2010 and 2012) to take over the reins. But that was without counting on the presence of the young gun from Slovakia, Tatiana Janickova, already bronze medalist in 2010 at the tender age of 16, and again in 2012.

2013 that will go down in the history books as the year of Janickova’s veritable explosion onto the Elite Trials scene. Crowned World Champion in Pietermaritzburg and undefeated in the World Cup, she is opening the way for a new generation of athletes and shaping the future of Women’s Trials. 2013 was also the year that nine-time World Champion Benito Ros Charral, unbeaten since 2007, was toppled from his throne. After his two Junior world titles in 2008 and 2009, Spain’s Abel Mustieles Garcia proved he had what it takes to break his fellow countryman’s stronghold and win the Elite Men’s 20” category. His performance was no flash in the pan: Mustieles had a perfect season, winning the World Cup as well as the rainbow jersey after an unforgettable final that took place in torrential rain. He is now World Number 1 and looks set to remain at the top of the hierarchy for a while. France’s Aurélien Fontenoy pulled off an exploit at the 2013 World Championships by sneaking in between the two Spanish athletes to take second place.

An eye should also be kept on another Spanish athlete, Bernat Seuba, who took the world title in the Juniors category in front of Austria’s Thomas Pecchacker and France’s Alex Rudeau. 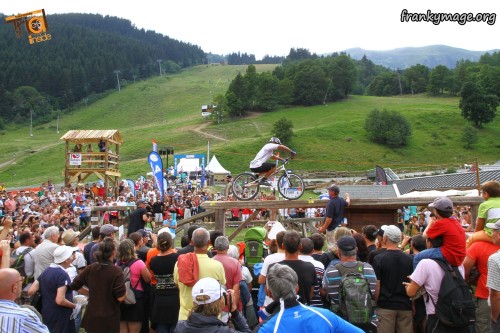 France has always dominated the 26” category (14 titles since 1994) and once again demonstrated its strength at the World Championships in South Africa. With no less than five of eight finalists, they were well placed to dominate the podium. 2012 World Champion Gilles Coustellier, who has four world titles to his name, managed only second place this year behind fellow Frenchman Vincent Hermance. It was a second world title for Hermance after 2007, who confirmed his successful season with a demonstration of all-round skills and nerves of steel. Meanwhile Belgium’s Kenny Belaey, absent throughout the season due to injury, made a remarkable comeback to take third place at the World Championships. The three athletes on the podium have 10 titles between them.

Junior Men 26”: Watch out for Carthy

Although the athletes at the head of the Elite 26” category have been prominent on the scene for several years, Junior World Champion Jack Carthy is already representing a danger to their hold on the discipline. The young British athlete has already graced the podiums of several World Cup events, and even took victory straight after the World Championships. Carthy has shaken up the world Elite hierarchy by taking third place in the UCI rankings at the tender age of 17. He will be the one to watch next year. 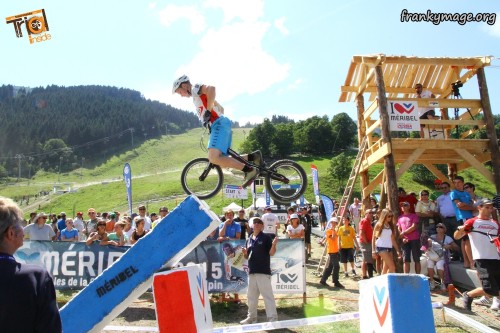 It was not only the athletes who were rewarded for their skill and effort in 2013: for the first time an award went to the best event of the UCI Trials World Cup. Athletes, officials and the press took part in the vote, with first place going to Méribel (France), organizers of the fourth round of the 2013 series.

2013 certainly produced some eye-opening performances and it will be interesting to see how this develops next year:  the season will open in Cracovie (Poland) on May 30.