News
You are here: Home / Bikes and Parts / Paolo Patrizi on his Echo Mark II 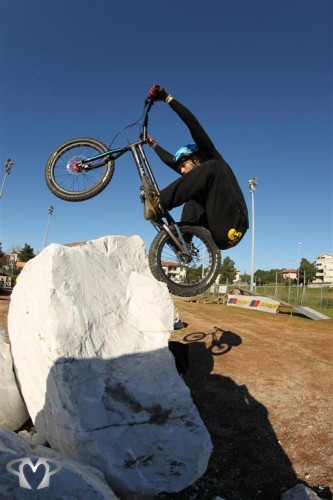 In the beginning of the season, the Itialan elite rider changed bikes. After riding for Monty of a number of years he decided to switch to a Echo Mark II for 2013. The best Italian rider in the UCI ranking 20 inch, 14th, will be riding a bike that has been customised by the Italian company MilkyWay.

The bike is equiped with Try-All components as you can see in the images. According to our information the bike weighs 7.400 kg.

The most interesting thing is that MilkyWay is preparing a new frame and is waiting to be build for a live test. Something to follow…

World Cup in Meribel: The photographers thank you