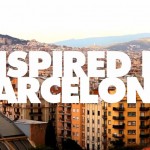 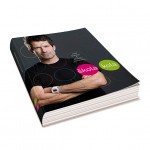 Josef Dressler is twice BikeTrial World champion and owner of many medals from World and European BikeTrial and Trialsin championships. He is also 20 times Czech champion. Josef finished his competition career in 2005. Since 2007 he is organizing his famous Dressler Camp with more than 200 participants from all over the World every year…. Read More »

Just three months after suffering a severe spinal injury, Martyn Ashton, international mountain bike trials legend and ex-World Champion, announces that he has today released his spectacular sequel to Road Bike Party. Following the huge success of the first film, Martyn has been secretly working on the sequel, however his accident during a bicycle trials demo on… Read More »

Inspired Bicycles have just announced the release of yet another new bike, the Skye Pro 24″ street trials bike. Based around the groundbreaking Skye frame and fork developed by Inspired for Danny MacAskill and kitted out with their Pro spec level components, the Skye Pro retails at £1799 and is perfect for the dedicated street… Read More »

Inspired Bicycles have just announced the release of the Flow 20″

With more and more youngsters being inspired by Danny MacAskill’s amazing videos and wanting to be able to ride like him, they decided that it was time there was a bike that would allow them to do that. With the same great features as their 24″ and 26″ street bikes, but has been adapted to… Read More »

Inspired Bicycles in Prague and in Dressler Camp 2013

Inspired Bicycles are pleased to announce the arrival of the brand new Skye Team 24” street bike, as ridden by street riding legend Danny MacAskill in his incredible Imaginate video. With a classy new shot blast blue finish, revised geometry (as requested by Danny himself), improved tubing and an updated spec, Danny’s signature bike is… Read More » 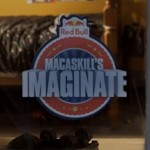 Danny MacAskill simply seems limitless, he impressed us with that famous video that appeared in April 2009, since then it has been beating each video, but the latter, “MacAskill’s Imagine – Riding Film” is even better. Unlike his previous videos, which focused on locations and travel, in this video Danny let his imagination go and… Read More »