Yesterday we l two new drivers in the team Hashtagg were announced, inspired by the late Koxx team! This time the 2 Spanish Abant sisters joined Hashtagg, unlike other team pilots they have always been on Monty bikes and had no other bike since the end of Monty’s competition team! Two of the best women… Read More » 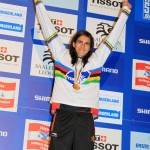