I Love Trial Bike For Girls looks back at 2013

Charlotte is 7th on the UCI rankings , and will move into 6th spot by December 31st  thanks to the victory in Charleroi , finishes 7th in the overall classification of the World Cup with a best performance in Antwerp with  a 6th place. 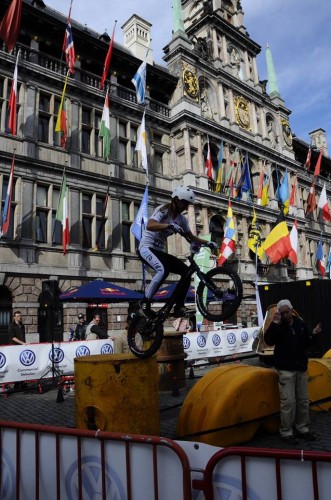 We would like to take the opportunity to thank our partners enter-Bike.com; TEVA; Cross King; SUPACAZ; POC; Nutrisport; MTBcoach.be,  et NODRUGS for their cooperation in 2013! Unfortunately, we have to say goodbye to one of our partners in 2014: Teva . We can enjoyed workin Teva for the last 2 years but since they are moving out of the bike market they have decided to terminate the collaboration. THANK YOU for those two wonderful years together!

We have also been busy preparing for 2014. The website will be changed this winter . He will become much more dynamic . The homepage already gives you a small idea : www.ILoveTrialBikeForGirls . As you can see we have a banner on the home page. This will be used to highlight certain actions by our partners.

We are also still talking to me some additional partners, and there are also some other changes we are making. More on that in our 1st newsletter of 2014.

Tagged with: I Love Trial Bike For Girls

Return on Walbrzych by I Love Trial Bike For Girls